Large quantities of coins, weapons and remains of objects have been excavated by the archaeologists at the Ferenczy Museum Center (FMC) in Szentendre on the Danube bank of Érd; the compilation of the finds could have been in the river from a sinking ship in the middle of the 18th century.

A resident of Érd contacted a volunteer metal detector at the Ferenczy Museum Center to find an interesting copper couch on the low-waterfront Danube shore. The two sides of the subject are decorated by St. George's illustrations, which attracted attention. In connection with this, Péter Tauser, the metal detector of the museum, went to the scene and found several dozen silver medals in a few hours, which was immediately indicated to the archeologists of the museum. The following day, with the help of the volunteer metal detectors of the museum, the excavation exploration started on the spot and on the first day more than 800 silver coins were collected from the surface. 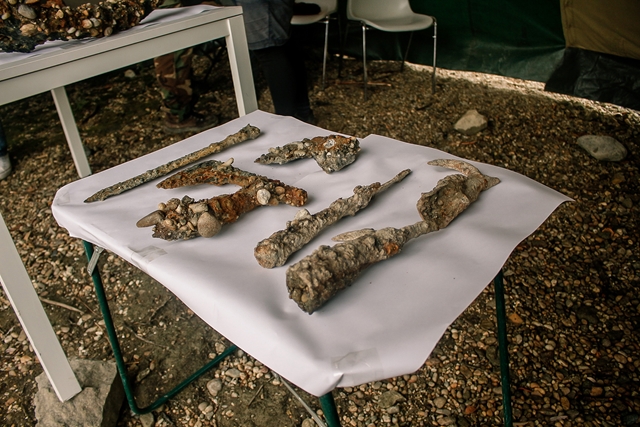 It was then clear that it was a bigger treasure hunt, so they asked the Police Department of Ardi to secure the area who helped the museum throughout the excavation. In the following days, more silver and gold coins were produced, as well as a great deal of repertoire: bards, chickens, a clay and an anchor fragment, and a cannonball. After three days of research, running the competition with the Danube water level, 9 gold coins, about 2000 silver coins and another 500 items were produced. The find was concentrated on a very small area, certainly the Danube drift brought the finds to the shore. 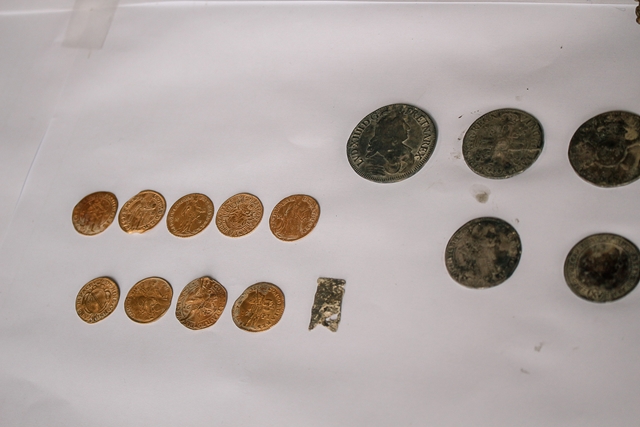 The composition of more than 2000 treasures is characterized by the fact that the majority of foreign currencies are less typical of the then current Hungarian cash flow. The issue date of the money is between 1665 and 1743. Among the gold, there is the Vatican fountain of Pope Clement XII, plus the dukes of Zürich and Holland issued by the Hungarians. Ferdinand III, Lipót I, Károly III and Mária Terézia also emerged from the coin issuance of the coins, which demonstrated the European flagship of Hungarian gold coins.The composition of a large number of silver coins shows another picture: almost 90% of the coins have been identified by the West, including a number of rarity coins.
Their denominations are composed of 1, 3, 6, 15 and 30 of the krajcárs and tallers. The krajcár was the smallest denominator at that time, it was the role of the substitute money, 100 silver krajcárs reached a silver taler and 250 silver krajcárs reached a gold ducat. 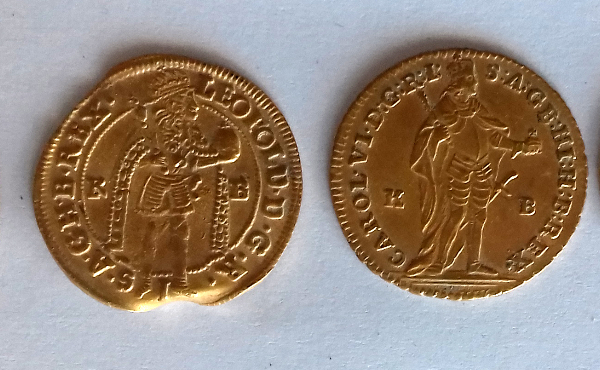 In the current phase of the research, based on the available data, it can be assumed that a ship not too far from the coast could have suffered an accident in the 1750s. This period was relatively peaceful, and the misfortune could not be linked to a known war event.

The exact location of the ship is unknown, but it can not be too far from the present exploration area, based on the scattering of the small area. The treasure and the objects from here could be washed out in the direction of the shore. The composition of the treasury's money is assumed to be related to a foreign merchant ship.

Currently, only the dry partitions have been rescued, and any shipwreck will need to be traced to diving arthritis. After the restoration of the artefacts, an exhibition will be held at the Ferenczy Museum.

A press conference was held by Gábor Gulyás, the Museum of Szentendre, the director of the Ferenczy Museum Center, Katalin Kovács archaeologist and Balázs Nagy, archeologist-numismatist.

Back to the news